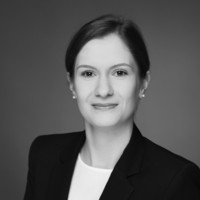 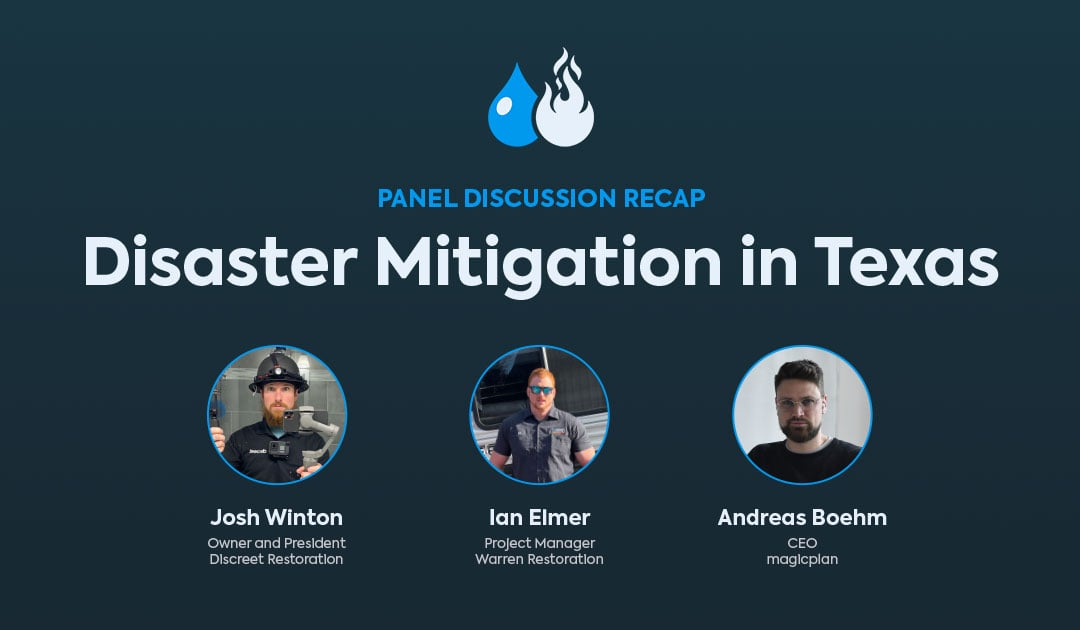 Below, we listed 11 key takeaways from their conversation – helpful tips for any restoration professional who is interested in responding to future weather-related disasters.

1. Establish Contacts Before You Go

“The biggest heavy-hitter for us was Clark Brown [Founder of Alliance of Independent Restorers],” Ian said. “He's a great guy. He's got a huge contact list.” Clark was heavily involved with coordinating mitigation efforts in Texas, and so he put Ian in touch with some general contractors who were already managing mitigation projects in the state.

Josh’s experience was a bit different, but he worked through a contact as well. “I got a phone call that asked if I could be on a plane that night. And I went there with a separate environmental company,” he said. “Rather than doing the remediation and restoration work, I was there fulfilling more of the assessment contractor/environmental consultant role.”

2. Secure Your Lodging Ahead of Time

Ian said he knew lodging would be one of the biggest obstacles to face upon arrival in Texas. “We knew going into it, from previous experience – going through hurricanes and other disasters like that – that's always a number one issue as soon as you arrive.” It also helps to think outside the box. After securing traditional lodging for his team, Ian arranged to haul a camper to Texas to serve as his temporary home away from home.

3. Don’t Answer the Call for Help Unless Your Business is Financially Stable

“To put it into perspective, our initial output just to go down to Texas – with buying a camper and everything outright – was, at minimum, $100,000,” Ian said. “Going down there and picking up these jobs, obviously, our number one goal is to help as many people as possible. I'm not going out there just to make a buck. But at the end of the day, we are a for-profit company. So putting that much money up front, as soon as you take off from home base, is a huge risk factor.”

Ian advises other contractors to also consider out-of-pocket expenses that will occur after arriving at a disaster scene. For example, in his case, he had to pay for a campground space and related utilities. “And that's just on the administrative side,” he said. “Then you start talking about the costs for paying all your guys, the labor to go out there for extremely long hours every day. You're going to rack up overtime extremely fast also. I mean, you're talking 200 hours within a two-week period, at minimum.”

Of course, for an individual environmental consultant like Josh, out-of-pocket expenses will be much lower.

“You're looking at probably $300 to $400 a day accrual costs,” Josh stated, “everything from your hotel stay, which is going to be anywhere from $100 to $150 a night… to the cost of fuel getting around there.” He recommends budgeting $25 to $50 a day for fuel, and having additional funds for meals and other miscellaneous expenses, such as shipping costs for environmental media samples.

4. Take a Good Team If You’ll Be Doing Restoration Work

“I’ve got eight guys that work underneath me, so I took six of them,” Ian said. “We all left on a Sunday evening, and left two guys here [at the office] to kind of handle everything back at home. Fortunately, we weren't super slammed here. So it kind of just panned out for us in fortunate ways.”

5. Understand What Your Role Will Be When You Get There

Ian understood that he and his team would be assisting other contractors with existing projects. Josh’s role, in comparison, was quite different. He landed in Texas as a first responder who would assist contractors by assessing and categorizing water-damaged areas before mitigation began. “There are different categorizations of water. With some of it, you just jump in, you extract, you implement drying equipment,” Josh explained. “In some other instances, you've got some grossly contaminated water that needs to be dealt with accordingly. Anything that it impacts, or comes in contact with, effectively needs to be removed.”

6. Set Up a Command Center

Once you arrive on the scene, you may be eager to start working. However, something else needs to happen first. The number one priority, according to Ian, should be setting up your home base or command center. “That way, you can get everything rolling, from the administrative side down to your technicians that are actually out in the field,” he said.

7. Have One Person Coordinate Your Work with Other Onsite Contractors

“That way, you've got a right-hand man to make some of those phone calls and alleviate some of the pressure,” Ian explained. He personally delegated that role to an administrative employee back at his office in North Carolina. That allowed Ian and his team to “actually do the dirty work down there without a bunch of interruptions in between, having to talk to a customer here and talk to a customer there.”

8. Expect to Be Extremely Busy

“Just to give you an idea, our company personally handled 22 or 23 claims in Texas over that five and a half week period,” Ian mentioned, “so it was a nonstop rodeo right up to the end.”

However, Josh added a cautionary note: “Don't go down there just planning on attacking the world,” he advised. “You really need the logistics in place… there’s a lot of logistics.”

9. Understand That Your Initial Plan May Change

“Initially we planned on being there for two weeks,” Ian said. However, he and his team later realized that a 14-day period did not allow enough time. “In the first two weeks, we picked up so many jobs, there was just no way to have an exit strategy at that point,” Ian said. “Plus, there was no reason [to do so]. We spent a lot of money and time and resources in coming down in the first place. So we ended up just kind of prolonging until we came to a point where we could effectively execute an exit strategy and not leave anybody hanging.”

10. Anticipate Having to Face a Few Challenges

While working in Texas, Josh encountered a frustrating problem: transportation delays that slowed down the shipments of important environmental test results. “Communications with the corporate office and things like that were pretty fluid. Email seemed to be working fine. But transportation logistics – that was the big hurdle for us,” Josh said. In fact, he mentioned having to wait three to five days to get some test results, much longer than the standard 24-hour turnaround time.

Unfortunately, those types of delays prevented some contractors from completing restoration work in a timely manner. “Imagine if Ian's company is there waiting on results for asbestos testing… and he can't start breaking walls until he's got those results,” Josh said. “If we're just waiting on results, we’re not mitigating.”

Unfortunately, the longer wet materials sat without mitigation, mold was more likely to appear. “It led to a lot of problems and definitely a lot of mold growth along the way, especially the farther out the jobs took to get handled by any kind of professional,” Ian added.

11. Rely on Your Contacts to Help Hand Off Projects When You’re Ready to Return Home

“That way, you’re not obligated to stay there when you have your normal, day-to-day operations in a state that’s halfway across the country,” Josh remarked.

Thank you, Ian and Josh, for your professional viewpoints and advice. We appreciate your participation in our panel discussion!

We built magicplan to help you get more work done while on site: Instantly create and share sketches, field documentation, and estimates with one easy-to-use application that will connect the on-site project to the office. magicplan is the construction app every contractor loves.